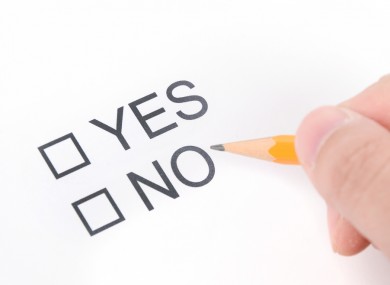 If you ask any employee what they think of their boss, you might get a different answer depending on all kinds of things. If you asked them just after an appraisal, in which constructive criticism was offered with regards to their phone manner, you might find it to be an awful lot more negative.

The same, it seems, goes for the British public as a whole. If polls are to be believed, at almost every stage up to the EU referendum we preferred to remain. But, given months of the remain view being labelled ‘negative’, or ‘unpatriotic’, not to mention months of scare-mongering about immigrants (the entire population of turkey was on the verge of moving here, apparently), we swung just before election day. It didn’t hurt that the experts who foresaw the crash in GBP (along with the weakening of the ability for UK companies to compete abroad), were labelled liars or idiots. We were marketed at and convinced to change our mind, and we did.

Ever since, of course, the price of GBP has crashed to its lowest point in decades, and we’ve begun receiving stark warnings of price rises in basic products. If you believe some sections of the media, a re-run vote today would easily return a victory for remain.

This is an example of what we know through basic common sense: people’s opinions change on all kinds of things in life, but they can especially rock back and forth on political issues. So whilst we hear referendums being labelled as ‘great exercises in democracy’, that’s true only if you ignore what democracy is. Are referendums democratic at all?

In a very basic definition, a referendum is of course an exercise in democracy. Democracy means people being represented in the decisions their governments make, so when the government directly asks them a question, in order to enact their decision, it is – all other things being equal – democracy. The problem is those ‘other things’.

Actually representing the opinions of the electorate

To be democracy in any meaningful way, the processes of democracy have to actually end up with the will of the people being represented. If 60 million people spend 30 years agreeing with A, but for two weeks in the middle change their mind to B, it is undemocratic to take the fleeting opinions during that two weeks to be their opinion. It wasn’t their opinion for 15 years before, it won’t be there opinion for 15 years after, so to take their opinion during that set 2-weeks you’re acting undemocratically. Especially if you’re the one creating that turbulent two week period! That’s like allowing people one vote in their life, but only letting them have it when you know they will vote for you. That, in fact, is called fascism, not democracy.

This is true, at least, for referendums which have lasting effects. The EU referendum was once such instance: people voted to leave, and if we do leave, there is no easy or quick way back. So to base a decision about a countries’ future on temporary opinions, if those opinions are not held for significant amounts of time prior to or after the vote, is not a democratic way to judge opinion. The EU referendum vote is a great example of this problem; this is a vote in which the view of the public may have changed back even before the government decides to enact the decision of the vote. This is a significant affront to democracy.

But this is a problem with all referendums, not just that of the EU. Scottish independence would have been exactly the same. Never had support for independence been the majority view, and only once in the lead up to the referendum did it become so. Similarly, never since the referendum has it been the majority, and now it is back to a lowly 39%. Yet for that week period when it was, Scotland could have been ripped from economic and social security in the name of ‘democracy’, when in nature it would not have been anything like democracy.

So, it is questionable that a referendum is democratic at all if it doesn’t represent the settled, long-term view of the population. However, there’s something else worrying about these referendums. They seem to be asking for the public to be manipulated.

If, in ‘normal times’, the people of Scotland have always preferred the union, but for two weeks in August during 2014 they preferred independence, why is that? The nationalists would say that they became educated on the subject so changed their mind. Yet, if the support dropped back following the campaign, did the public just become uneducated again, or is something else going on?

That ‘something else’ is likely to be that referendum campaigns are not ‘normal times’. If the subject of a referendum inflames passion, it is actually less likely to create a rational, representative result. In the same way that it isn’t accurate to judge people’s opinion on David Beckham by gauging it solely in the two weeks after he inflamed passions by getting sent off in the English World Cup campaign of 1998.

Referendums (at least the two we have spoken about here) have impassioned debates, conflicting news stories, peer pressure, flag-waving sentiment, accusations of treason, and just generally take us back to a time of primitive, aggressive battle. It is not representative of the civil, rational times we actually live, work and raise families in. And, similarly, the side that is not the status quo suddenly has a chance to make up almost anything they like to win new support and the guarantee of positive news coverage of it, as long as some small piece of justification (however questionable) backs it up. Remember that red bus? Remember Alex Salmond’s prediction of oil prices? In normal times these are scrutinised, if not ignored, but in referendum campaigns they are given the untouchable status of ‘official opinion’. That’s a huge problem for democracy; referendums allow for politicians to whip up enough passion and anger in order to counter rational understanding of issues.

What is the solution to make referendums more democratic? Well, to ensure the campaigns aren’t questionable, or manipulative, you’d need a shift change within politics. This isn’t going to happen. Similarly, to stop the non-status quo side from engaging any and all tactics they can think of to get their way also isn’t likely. Doing away with advocates for each side, disallowing press conferences, and allowing journalists themselves to do the reporting? Maybe, though good luck silencing the plucky and unofficial men of the people, like Nigel Farage.

Realistically there is no cure we can enact right now to solve the problem with referendums, which appear to be decidedly undemocratic, and a way for charisma, marketers and orators to play games with your opinions. So, unless polls consistently – annually – back an exit from the EU, or an exit from the UK, then forcing the population into a referendum on these issues is tantamount to legislating in favour of manipulating the will of the people. Democracy is about representing people’s opinions, not changing them for long enough to justify the political opinions of the leaders.

The argument against this, if someone like Nicola Sturgeon is forced to respond to it? ‘How can Rob Johnson say that allowing the will of the people to be heard is undemocratic?’ Because democracy is about listening to people when they are living their lives – representing their actual opinions – not just their opinions as soon as they agree with you, for however short a time that is. If the majority of Scots agree with independence consistently for 5 years, you have a case, and evidence will back you; to this end, I agree that independence should never be settled for a generation. But we should hear nothing more of it until that is the case, and instead allow activists to spend their resources on more worthy current causes. And indeed allow the SNP to see if they can amass support based on actual policies and performance, rather than polarisation of the electorate.

It’s just a shame that UKIPs mad influence meant a measured approach could not be used on the EU too.